Skip to Main Content
Back to Nonduality & Universality
View cart “The State & Characteristics of a Jivanmukta #46” has been added to your cart.

The Four States of Consciousness & Seven Attributes of Turiya #34

The nature of the waking, dreaming, and deep sleep states of humanity has been studied by Indian seers for millennia. They have not just examined it from the waking state, like with wires and machines, but from within dreams and deep sleep, and in meditation on the fourth state beyond these three as well. The result has been the discovery of mankind’s inner nature, from wherein all the physical universe has sprung — as projection of mind rather than creation by God. In short, the entire Kingdom of Heaven lies within us, and only a very small and ever changing portion of it lies outside. 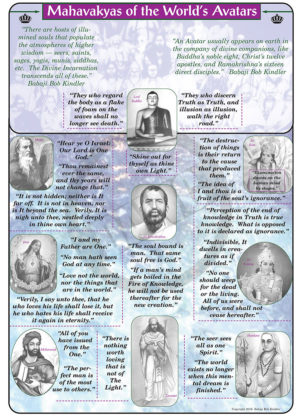 Mahavakyas of the World’s Avatars #19

The religious traditions of the world always fall victim to the “My watch keeps the only right time” syndrome, as Sri Ramakrishna has stated. But a close examination of the actual words of the Great Souls who founded these religions always reveals the universal mind shared by these luminaries, as well as their adherence to an Ultimate Reality declared by all — whether called Brahman, Prajna Param, Yaweh, Almighty Father, Allah, or others.
$75.00 Add to cart 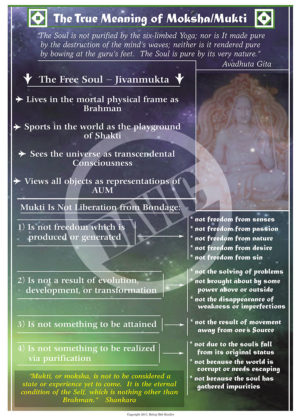 The True Meaning of Moksha/Mukti #104

Opinions and theories about the nature of freedom abound, from personal to political, from enjoyment of leisure to the freedom to express oneself, from the power to restrict to the ability to commit violence on others — and, of course, the freedom to do anything one wants. But all of these forms of so-called freedom are relative, are found in relativity. They suffer their opposite side, called failure and bondage. Mother India has always known the true meaning of Freedom. First, it is spiritual in nature, and secondly, it is the very nature of the Soul. In other words, it cannot be created, produced, or generated. It does not come about in time, nor happen over the course of evolution. It is not a product of transformation, nor does it manifest on account of purification or practice. It is a principle always and already at hand. It knows no bondage for it is “Ever-Free, Never Bound.”
$75.00 Add to cart 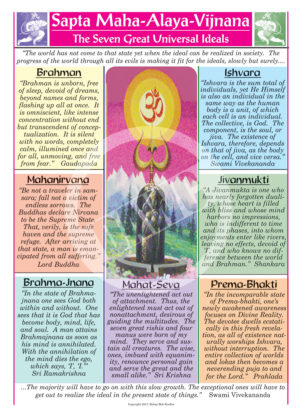 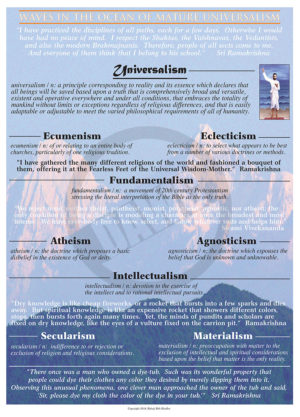 The Ocean of Mature Universalism #189

If you have ever found yourself lost in explaining the various attitudes that people have and hold as their personal perspective on the existence of God, this dharma art wisdom chart gathers together these opinions into a group for helpful inspection. Who is the atheist; who is the agnostic? What is ecumenism, and how does electicism operate? Where does secularism and intellectualism fall in this wide scope? And most importantly, what is this new and redolent breeze called Universality that is blowing on the horizon of human thinking? Amazingly enough, Webster’s dictionary holds definitions for all of these perspectives, all gathered conveniently here for deep scrutiny and, hopefully, settling upon a wise path and a winsome way.
$75.00 Add to cart